Your contribution = many solutions

This is a story of a Cameroonian boy just like you see around in your country, whose dream is to become a professional football player...until he was drawn into drug and alcohol consumption. The local non-profit organization, Local Community Development Association (LCDA), is doing their best to protect children just like him but Covid-19 brothers its way.

Otto Emmanuel Bokwe Desiré was born in Bekondo, Cameroon. Cameroon is located in Central Africa facing the Gulf of Guinea. It is known as Africa in miniature due to its diverse landscapes that represent the continent’s major climatic zones and its natural features such as white beaches, mountainous areas, tropical rainforests, savannah grasslands and sparse deserts.

The name “Desiré” derives from “Job Desiré” who had taken the country spellbound with his sensational dribbling tactics in the late 1990s and therefore the father named his son Desiré. His father is a big fan of football and he had also dreamt of becoming a professional football player. As you might have guessed, football is a national sport that unites Cameroonian people. A lot of children dream big to be the hero of the nation. 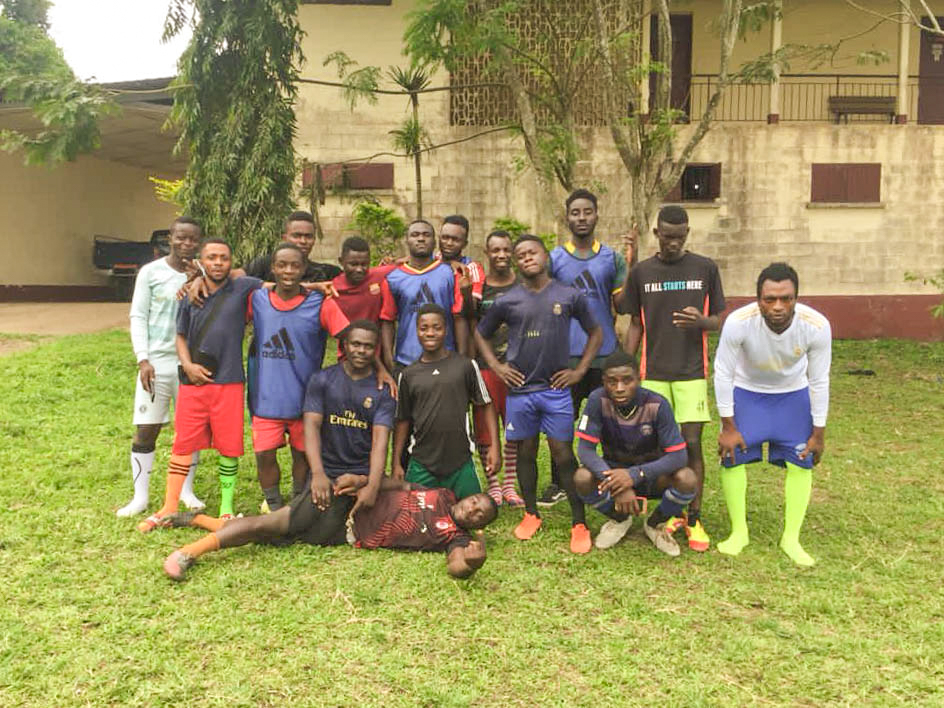 However, the reality was more harsh. Desiré’s father ended up working in a farm in a typical rural village called Bekondo.

Because it is more typical to engage in farming and marriage at very early ages in Cameroon, he is expected to be more sophisticated and must demonstrate the norm as a leader on his return to the village during the vacation from school. Thus Desiré has left his village with his head high up to make his dream come true and also to be a good example among his peers in the village.

Yet, the life with his mother wasn’t any better. Mokwe lived in a semi-rural town. Her main livelihoods were farming and petty businesses. She was a labor of the banana plantation in Ekona with a monthly basic salary of 36,000FCFA (62US dollars) which is as low as Cameroon’s minimum wage. What should be noted here is that minimum wage does not mean it is enough to satisfy their daily needs. 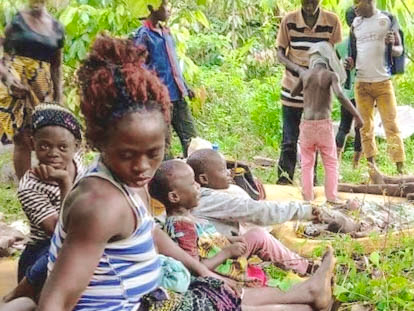 School tuition of Desiré’s college for a year is about 50,000FCFA, which accounts for 11% of their annual salary. Adding to it, the fact that Mokwe is a single mother, it is not difficult to imagine how desperate they are to live everyday. Thus, just like other plantation workers, she also started snail hunting at the same time while she is dedicated to banana plantation farming during the day.

Moreover, Cameroon's widespread poverty, worsening internal politics, and the pandemic of the new coronavirus in 2020 have thrown Desiree's life into a tailspin.

The internal struggle in the country and the global epidemic of the new coronavirus changed their lives forever.

She found herself turning to drugs and alcohol for relief.

In Cameroon, drugs and alcohol are easier to obtain than education, and there are many cases of children becoming dependent on drugs and alcohol. If things continue as they are, Desiree's dreams and the dreams of other children in the same situation may be crushed.

This is why the Local Community Development Association (LCDA), a local NGO, was established to protect these children and support them in achieving their dreams.

LCDA plans to provide food and other material support to children and their households who are unable to go to school due to the Corona disaster, as well as to promote drug awareness activities to protect the youth who have become even more drug seeking due to the effects of Corona. In addition, educational support will be provided to Desiree so that she can take soccer training classes in addition to her regular classes.

--In a soccer stadium, a young man scores a goal and tens of thousands of people cheer.

The young man, who hails from the village of Ekona, Cameroon, overcame many hardships to achieve the dream he had pursued with his father and mother.

The people who hug each other and rejoice when the young man, Desiree, shoots are also the people who continued to run towards their own goals with Desire.

By your support, over 50 households with a total of about 250 to 300 people will be provided with food while they cannot make money to buy due to the halt of business activities. Also, Covid-19 prevention kits will be extended to school children of Ekona. This will guarantee access to school for 200 children at the age of 11 to 16.

With these aids, it is expected that the exposure to and possible involvement in drug consumption by over 3,800 students at the age of 14 to 16 will be reduced. When this will be carried out, we hope to restore back smiles to this community and the dreams of the youths will be kept alive.

As a step toward realizing such a future, a new page of this true story is about to be written.

Let's join us in supporting Desire and the dreams of children!

Read the full story on Vibes.media